It's the last battle for the survival of the human race 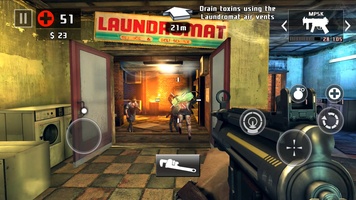 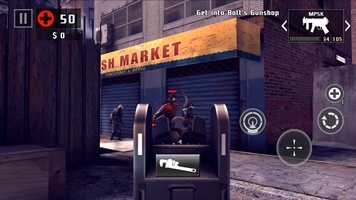 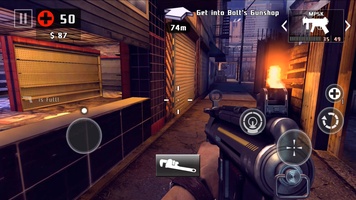 Advertisement
Dead Trigger 2, the sequel to the original, award-winning Dead Trigger, is here with a new first-person shooter. It's bigger, bloodier, and has even better graphics.

The game takes place in a post-apocalyptic world where humanity is on the brink of extinction. Luckily, there are a few brave souls willing to fight for salvation. You, naturally, are one of them... and the other Dead Trigger 2 players from around the world are the rest.

Depending on how well others do on their missions, you can check the progress of the game's story in real-time. And, of course, you can influence that progress by participating in missions that are exclusive to the story.

New missions give you access to tons of crazy weapons, including grenade chickens and rocket chickens. You'll also run into new (and dangerous) zombies, including a few colossal final bosses that will make your jaw drop.

Between missions, you can get ready in the base of operations and visit the armorer, the doctor, the scientist, or the contraband trafficker, all of whom can help you improve your weapons and skills.

Dead Trigger 2 is an outstanding first-person shooter with an interesting story that'll keep you hooked on your screen for quite a few hours. It may be a smartphone game, but its graphics seem like they belong to a Playstation 3 or Xbox 360.
Reviewed by Andrés López Translated by Molly Lincoln
Advertisement

Requirements
Android 4.0 or greater is required.

Why is this app published on Uptodown?
(More information)

it is not updated

Dead Trigger
Pure first person shooter game
Zombie Smasher
Smash all the zombies before they escape!
Plants Vs Zombies 2
The most enjoyable zombies return to Android
Dead Effect
Gunfire, zombies and blood in space
Zombie Tsunami
Lead an unstoppable wave of zombies
Zombie Diary
You're the only survivor of the zombie apocalypse
Into the Dead
Run away from the dead as fast as you can
The Walking Dead: Season One
The first season of the Walking Dead video game